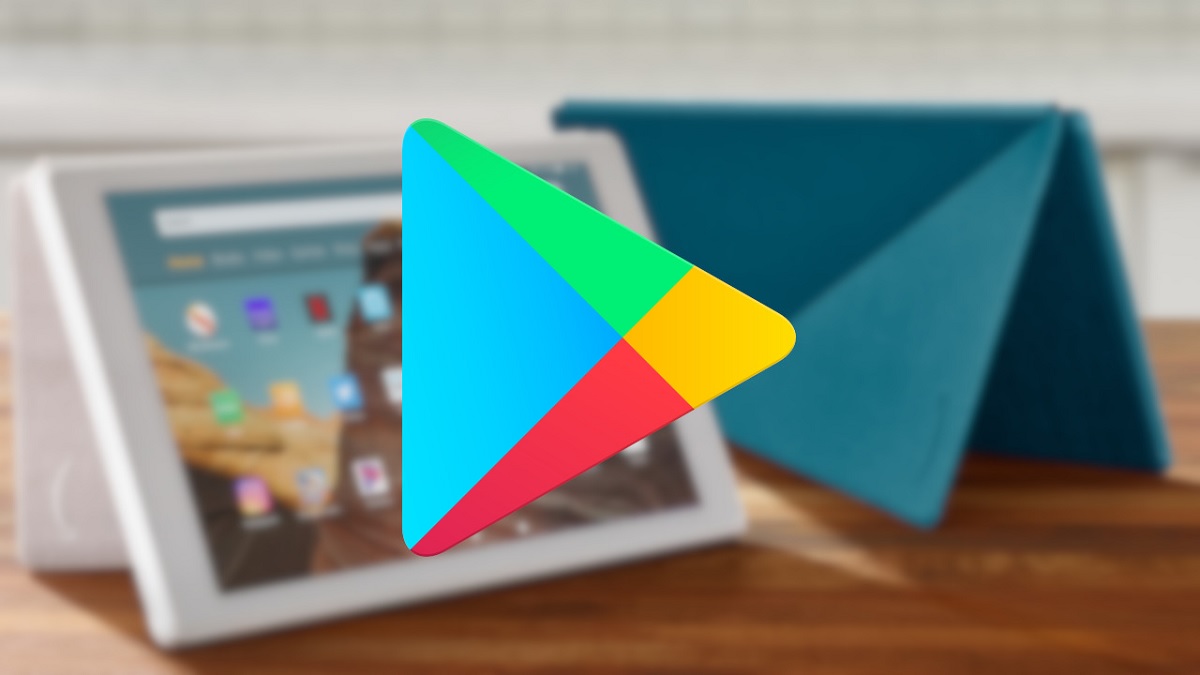 Amazon Fire tablets are very popular with users. This range of tablets has many models available and stands out for its reasonable prices, something that makes them especially popular. Although as surely many of you already know, the Amazon Fire does not come with Google Play installed by default. This is an important limitation when it comes to enjoying applications on your tablet.

Therefore, many users seek to know how to install Google Play on your Amazon Fire tablet. Can the app store be installed on this range of tablets? The answer is yes. This is something we can do, but first we will have to carry out a series of steps to make it possible. 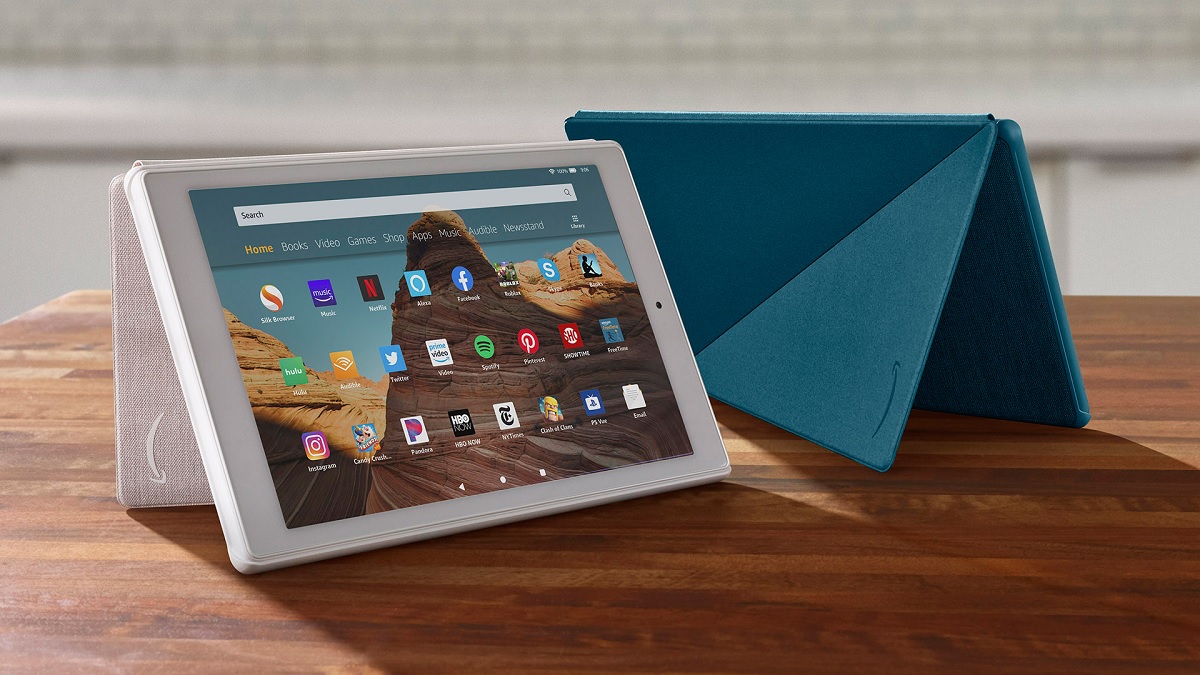 Amazon Fire tablets make use of Fire OS as their operating system, a name that may sound familiar to many of you. Fire OS is an operating system or customization layer that is based on Android. The appearance is in fact similar to what other tablets have on Android, but of course there are some differences in this case. One of the aspects that has the most impact is that the Google Play Store is not installed by default on these tablets.

Instead you have your own Amazon store. Although this store is not a bad thing, in fact we have a large number of apps and games that we can download on our tablet, many see it as a much more limited option. That is why many want to install the Google Play Store on the tablet, something that is possible.

It is possible to install Google Play on an Amazon Fire tablet, there will be no compatibility problems in this regard. Although in order to install the application store on our Amazon tablet there are a series of steps that we have to complete. You will not be able to simply download this store and thus be able to download games and applications on your tablet from it. 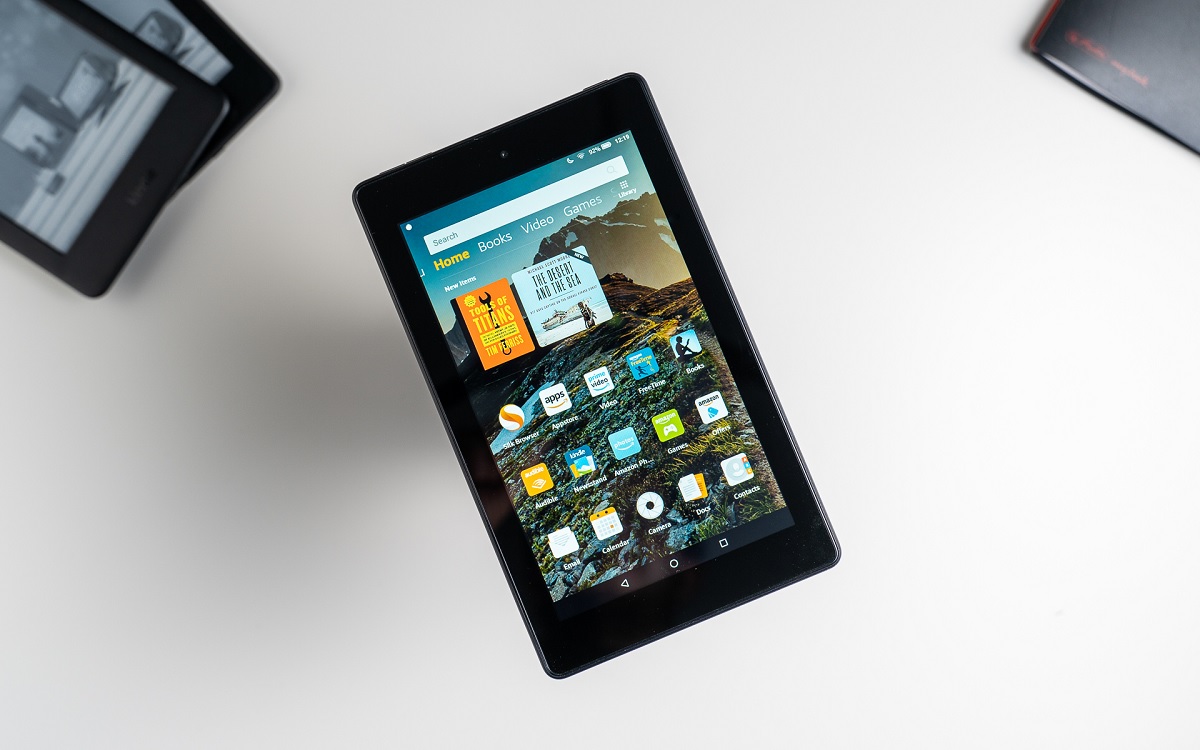 As we have mentioned, there is a first step that we have to take so that it is possible to install Google Play on a tablet from the Amazon Fire range. Default, on these tablets the download of content is blocked, such as applications or games, from sources that are not known. This is something that prevents us from downloading this Play Store in it, because we will have to download an APK from the store on the tablet.

The first thing we will have to do in this regard is allow content to be downloaded from unknown sources on the tablet. So then we can download and install Google Play in it. This is something we are going to do by following these steps on our tablet:

Having activated this, an APK can then be downloaded to the tablet, through which we are going to proceed to the installation of Google Play on our Amazon Fire tablet. This process is the same in all the models in this range, so it doesn't matter which one you have, it's the same process at all times.

Install the APK from Google Play 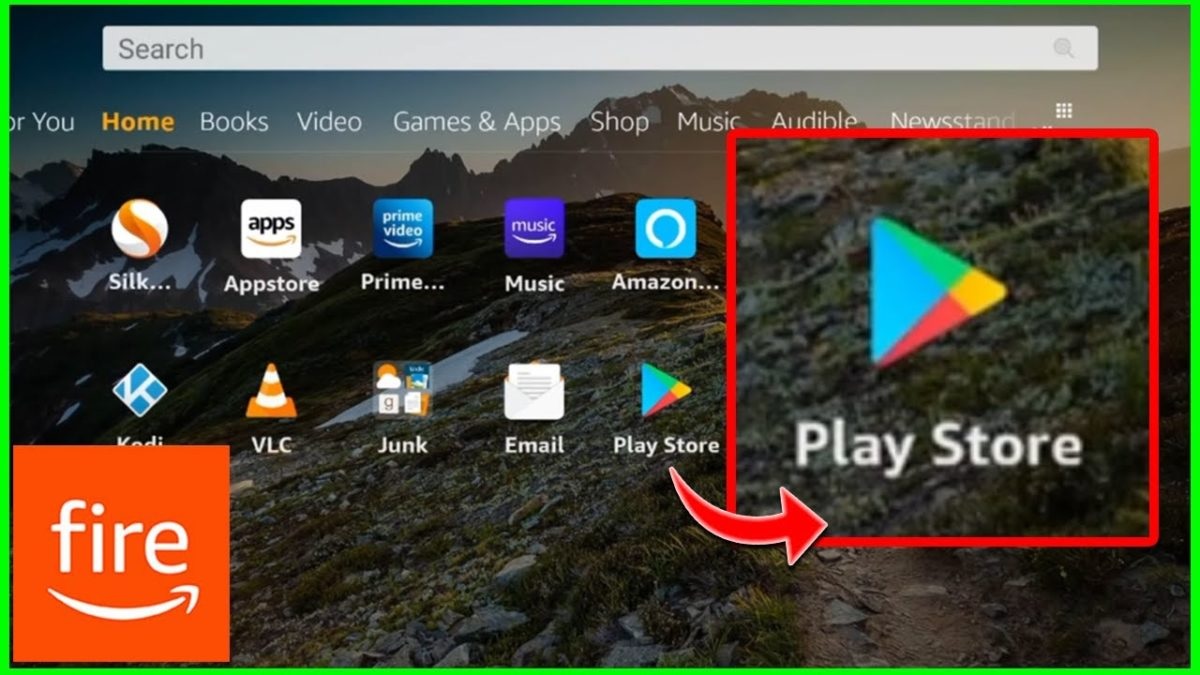 In this case, in order to use Google Play on our Amazon Fire tablet, we will not only have to download the application store in APK format. It is necessary to download other applications from Google, which are the ones that will help this store to function normally on the tablet. These are the Google Application Framework, Google Account Manager, and Google Play Services. All of them are necessary for the operation of the store on this tablet. We are going to download them all in APK format on the tablet.

Depending on the Amazon Fire tablet that we have, we will have to download one version or another of these apps. Although in general we can download the most recent of them, so that is the one that we are going to install on the tablet. There are many pages where we can download APKs, but we leave you with links to APK Mirror, which is one of the most reliable that we can find in the market. These are the download links:

Once we have downloaded these four APKs on our tablet, we will have to proceed with its installation. All we have to do is open these APKs in it, click on them in the download folder where they are located and then a box will appear asking if we want to install this application on the tablet. We click on accept and wait for said installation to be carried out, which normally will take a few seconds to complete. We then repeat this process with each of those applications that we have downloaded. 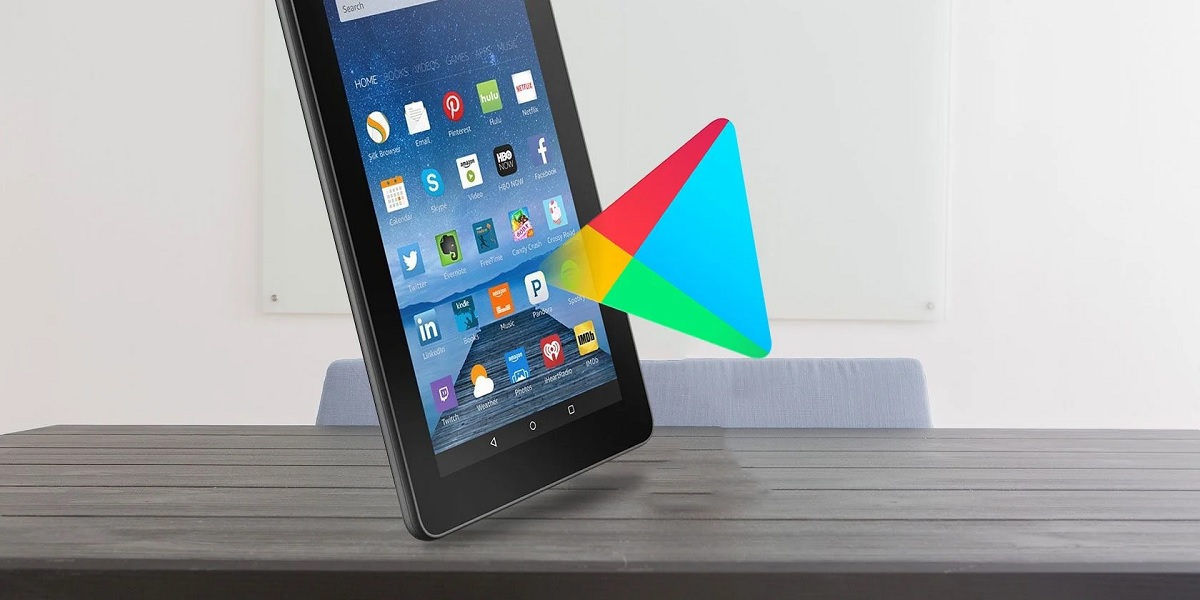 Once you have completed the installation of the four APKs that we have downloaded to our Amazon Fire tablet, we will then see that the Google Play Store icon appears on the screen. So we can open the application store on our tablet. We will have to log into our Google account first, so that later we will be able to download applications and games on our tablet normally, in the same way that we download

The application download process It is the same as what we are used to on an Android phone. So we can search for those applications or games that we want to use in the store, so that we only have to click on the Install button to proceed with their installation on our Amazon Fire tablet. Updates to these apps and games will also be made through the store, in the same way as on Android.

The content of the article adheres to our principles of editorial ethics. To report an error click here!.

It may interest you

News in your email

Receive the latest news about tablets in your email